Rice Production under the System of Rice Intensification and Conventional Methods: Which is more Profitable in Ghana? 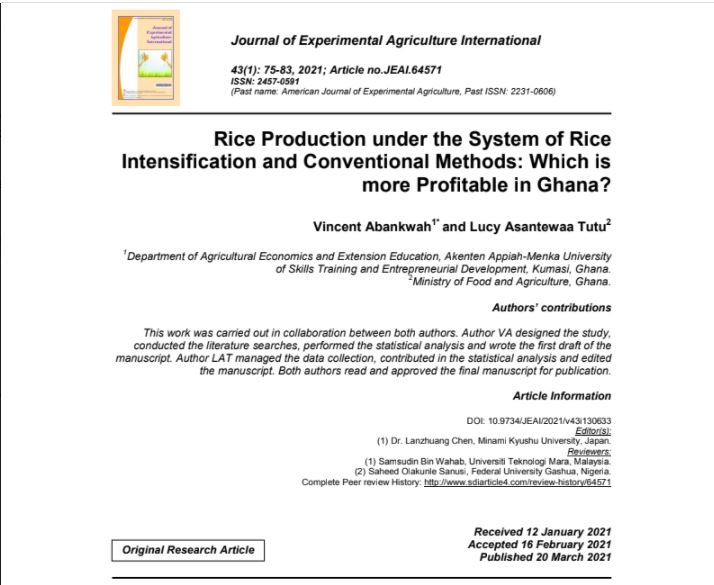 Some studies consider the System of Rice Intensification (SRI) method of rice production as more
profitable than the Conventional method. Others, however, claim that there is no significant
difference in yields between the two methods. The mixed representation of the economic value of
the two methods of rice production by various authorities demands an empirical examination of the
profitability of the two methods in Ghana. The study was, therefore, designed to identify which of
the two methods of rice production is more profitable in Ghana. Two-stage sampling technique was
used to select 220 farmers, comprising 110 farmers under each of the two methods of rice
production which are predominant in Ejura-Sekyedumase Municipality and Sekyere East District of
the Ashanti Region of Ghana. The data collected from farmers were summarized using descriptive
statistics including arithmetic mean, standard deviation, minimum, maximum, frequencies and
percentages. Gross margin and gross profit ratio were used to estimate profitability per acre of rice
production under each method. The study revealed that, while farmers under the SRI method